This is “THE” CE Roc. This is one of the most sought after Rocs that there is. There were 1555 of these made.

They had a hard time selling these for $25 and were even available up until the ’02 USDGC.

One Division. One Champion. – ODOC

Approximately 100-200 made. So far, Rick Black’s notes are all we really have on these discs, so here is what he had to say…

The ODOC stamp was a test and these became x-outs with a ball point pen x through the stamp. Not sure on total numbers made but they were seliing them the last day of the USDGC for $15. I’m thinking somewhere in the range of 100-200 made.

One Division. One Champion. – ODOC – Red

There are a couple reports on how many of the reds were made. Some say 6 to 10 were made, some say around 40 were made. Either way, they are very rare! 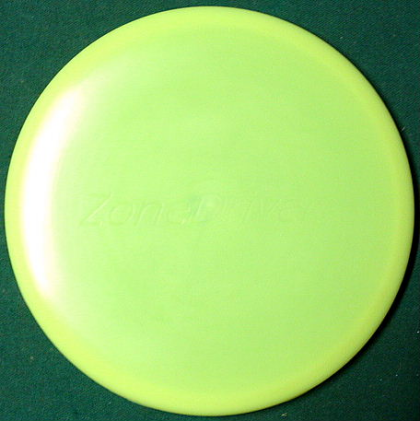 There were very few yellows made with a Zone Driven stamp on them. According to Rick Black, there were 25 of these made.

This is considered one of the holy grail discs for collectors. There were only about 55 of these made for the 2001 Southeastern Classic.

These Zone Driven Rocs used to be cataloged, but the list is no longer online. We will take on the whole process of finding any updated information regarding these.

The 01 clear was not a prototype. Contrary to popular belief Innova has only ever offered 2 prototypes for sale to the public**. The ’83 Eagle and the original Gazelle. Everything else you see, i.e. star stamps or bar stamps etc… is merely a 1st run. However most people associate these with “protos” and continue to call them such. The part about the Southeastern Classic is true. Billy “Nature Boy” Crump was the TD of the event, and also a ZoneDriven employee at the time. He needed a fundraiser disc for the event and through his association with Innova he got the 40 clear Rocs. Story goes that Innova was willing to do this based on the lack of sales of the regular green 01’s at the time and all the time that Billy was donating to the USDGC.

**This was quoted way before the modern runs of protos